Architecture
A slight convex curve in the shaft of a column, introduced to correct the visual illusion of concavity produced by a straight shaft.
Example sentences
‘Not only does this polysemy make it an enigmatic signifier, but the computer-perfected entasis makes it a good example of propositional beauty - the central planned skyscraper with elegant double curves shooting to the sky.’
‘The entasis of this skyscraper, like that of a Doric column, leads to a new kind of propositional beauty, one worked out digitally.’
Origin
Mid 17th century: modern Latin, from Greek, from enteinein ‘to stretch or strain’.
Pronunciation
entasis/ˈɛntəsɪs/

Yule was and is still celebrated by pagans around the world as the birth of the Sun God. The Holly King "dies" and the Oak King starts his reign at this time when the days grow longer and are filled with light and warmth.

Both gods are honored during this time by bringing an evergreen indoors and decorating it with light and colorful ornaments that represent the abundance of the coming spring like birds, fruit, and flowers, along with those that symbolize rain like icicles. Gift-giving is also an ancient tradition, although in past times these were mostly handmade gifts from the heart. 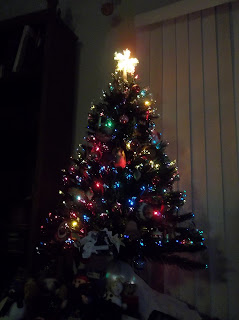 I think we lose sight of the true meaning of this time because we sit in our heated homes lit with electricity during these shorter, colder days. We also grab our food from the grocery store shelves instead of having to rely on weather conditions to grow our own. It must have been frightening for people who had a lack of scientific knowledge to grasp on to the idea that spring and summer would return, especially when their food stores and fire fuel started to run low. This truly is a magical time when the shorter days start to lengthen and warmth and sunshine returns.

Posted by Kelley Heckart at 3:00 PM No comments:

An amoeba that typically lives harmlessly in the gut, though one kind can cause amoebic dysentery.
Example sentences
Origin
Modern Latin, from Greek entos ‘within’ + amoeba.
Pronunciation

To help put you in the holiday spirit, I've collected these Christmas fun facts.

Pope Julius I, bishop of Rome, proclaimed December 25th the official celebration date or the birth of Jesus Christ in AD 350 even though, due to information in the Bible, this probably wasn't really his date of birth.

An English custom called "wassailing" started the tradition of Christmas caroling. The house-visiting "wassail" is when individuals go door-to-door singing carols and offering a drink from the wassail bowl in exchange for gifts.

The Bible never specifically mentions that three wise men visited baby Jesus or that they visited him when he was an infant. They may have visited an older Jesus.

Imagery from Clement Clarke Moore's Visit from St. Nicholas may have inspired the modern look for Santa Claus. This poem was initially published anonymously because the author felt the poem was beneath his talents.

Tradition of hanging stockings--the legend goes like this: There was a poor family that wouldn't accept charity so Santa left cold coins in the girls' stocking hanging to dry by the fireplace. 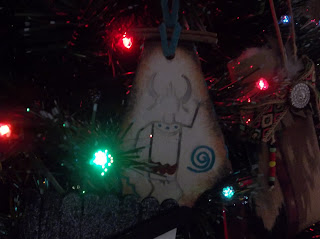 Origin of Christmas trees came from pre-Christian traditions. At the solstice, the ancient Egyptians filled their homes with green palm rushes, which symbolized the triumph of life over death in honor of the sun god Ra. Ancient Romans marked the solstice with a celebration called Saturnalia in honor of Saturn, the god of agriculture. They decorated their homes and temples with evergreen boughs. The mysterious druids, priests of the ancient Celts, decorated their temples with evergreen boughs as a symbol of everlasting life. The Viking believed evergreen boughs were the special plant of the sun god, Balder. Germany is credited with starting the Christmas tree tradition as we now know it in the 16th century.

[WITH OBJECT]
Biology
Enclose (an organism, tissue, structure, etc.) in a sheath.
‘the axons are ensheathed by Schwann cells’
More example sentences
Pronunciation

Since it's Christmas, I thought I'd share this bit of history on the holiday. Early Yule, Aerre Geola, is the month before the Winter Solstice. The Anglo-Saxons considered the lunar months preceding and following the solstice as Yule. The shorter days made it difficult to do any kind of work, so they used this time to gather and celebrate with family and friends. 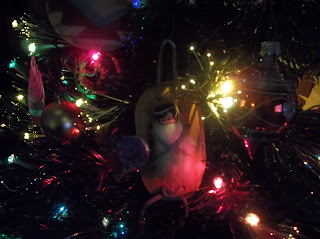 The oldest Yuletide tradition is the burning of the Yule log, usually the largest piece of wood. Many people today don't have a fireplace, so a Yule candle can be substituted. The candle tradition started way back in England in the early nineteenth century. Light the candle at sunset on the night of the solstice. It's customary to keep a small piece of the candle for luck in the coming year.

Posted by Kelley Heckart at 2:20 PM No comments:

mass noun
The political union of Cyprus and Greece, as an aim or ideal of certain Greeks and Cypriots.
Example sentences
‘The Turks invaded, in 1974, just as the island was edging towards reunion or enosis with Greece.’
Origin
1920s: from modern Greek henōsis, from hena ‘one’.
Pronunciation