Book Review of Apprentice: The Last Witch of Rome: Book One by Rhett Gervais 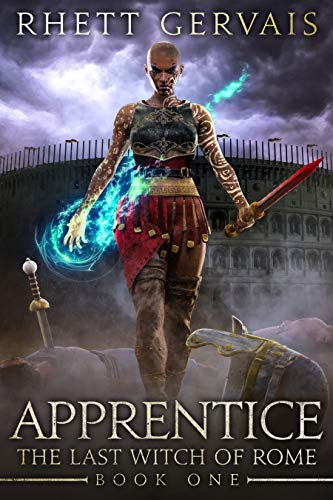 A mixture of history and magic led by a strong female.

After her people are betrayed by Rome, Vesper has lost everything, and she must make a dark deal in order to survive certain death in the gladiator ring.

Narcissus is a hardened gladiator and doctore. He’s never met anyone like Vesper.

More than a corrupt emperor rules Rome. Something terrible is slaughtering innocent people. Vesper is at the center of this evil. Only she can stop it, but she needs to understand her inherited powers as a djambe.

I love that Vesper is a strong female. There is a blossoming romance between her and the bearlike Celt Narcissus, which I enjoyed, but I wouldn’t label this story a romance. The fight scenes are intense and stunning. African magic used against the backdrop of Rome weaves a special kind of concoction. This is an exciting and mystical action-packed story led by a badass female. There are some threads that weren’t fully tied up, but I’m sure this is because this is an ongoing series, and those threads will be dealt with later on. This is a series that should be read in order. Highly recommended if you like historical fantasy set in ancient Rome. I look forward to reading the next book.

Posted by Kelley Heckart at 10:09 AM No comments: 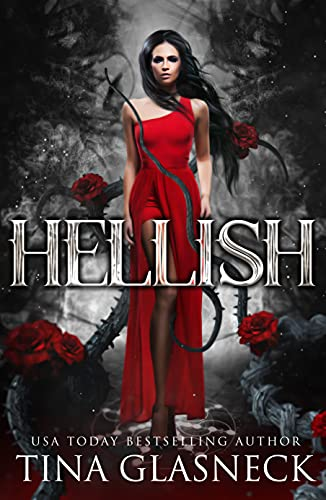 3 stars Compelling twist, worthy plot, but something was missing

Helena (Hel) has been cursed to remain on Earth until she finds true love. Harley is a college student trying to find himself. The mysterious, leather-clad Helena fascinates him, and he is caught up in an unbelievable self-journey.

I liked both Helena and Harley, but I didn’t feel the attraction, that magical spark, between them. Their romance fell flat for me.

I was hoping for more from this author. The cover is great, I loved the title, the blurb was intriguing, and I love Norse mythology, but I was disappointed. The story seemed rushed, and I didn’t feel the love or attraction between the characters, but I liked the plot. It was a good story, but it could have been better.

Posted by Kelley Heckart at 6:09 PM No comments:

Book Review of Only One Man Will Do by Fiona McGier, Erotica Romance 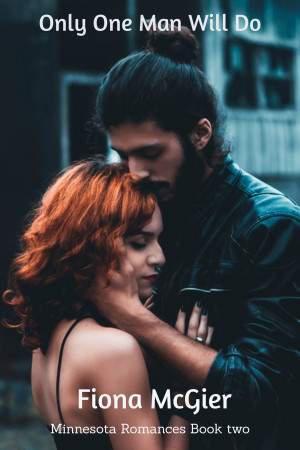 3.5 stars. A wild, orgasmic Harley ride with heart and lots of whiskey and vodka.

The fiery, independent Alexandra meets her match in the hunky, stoic Russia Dmitri. This book is part of a series, but I didn’t feel like I was missing anything. This is a separate erotica/romance between these two characters.

Alexandra is a brilliant businesswoman by day and wild biker queen on the weekend. Dmitri is hired to rein her in but finds himself drawn to the brazen red-haired female.

This is more than just an erotica story. Alex comes to terms with her need to never be controlled by a man, something that haunts her after her father left her mother. She puts on a tough act, and Dmitri refuses to put up with her screwing around, a character trait I liked about him.

At times Alex came off a little too intense and annoying with her “I am a woman, and I can screw any man I want” attitude, but I understood why she acted this way.

I enjoyed this story. I love strong female leads. However, I wanted to see more depth. The plot was predictable and considering Alexander’s strong stance against being tied down to one man, she seemed to give in too quickly to Dmitri. I expected her to fight this more. Dmitri was still a mystery to me at the end, and I wanted to know more about his KGB past. Also, I wanted to know more about this world of corporate power and biker gangs led by a female. Of course, these are my expectations. Most erotica fans will probably be satisfied with all the hot sex, and the author did not disappoint in that area. Overall, this was a good story.