She’ll destroy the mobsters who murdered her brother… unless they kill her first.

District cop Lia Blosky warned her twin brother not to get involved with the Valesky Crime Family. He didn’t listen. Now, he’s dead, tortured horribly before mobsters murdered him. Out for blood, she’ll do anything to see these monsters dead.

FBI Special Agent Adrian Kalin is connected to the Valesky Family in a way he loathes and doesn’t want. His stepfather rules the syndicate and is tired of Lia threatening to kill him and others responsible for her brother’s death. To shut her up for good, he orders Adrian to murder her. Who better than an FBI agent who has no connection to her and knows how to hide evidence?

Adrian resists, but if it comes down to saving Lia or his brothers and mother from Dimitri’s rage, he’ll have to choose family.

In a deadly game between each other and the mob, Lia and Adrian fight to survive… while also surrendering to their undeniable attraction to each other.

This is book two in the Valesky Crime Family series, can be enjoyed independently and has an HEA.

My rubber soles squeak on the polished floor.

The unexpected sound stops me.

I cock my head.

The walls must be settling.

I put in my earbuds to listen to music then quickly take them out. If I fuck up while I’m on duty here I’ll have no income.

The store’s main entrance is past the shoes and cosmetics, the faintly lit mall visible beyond it.

Again, I stop, my skin crawling. That sound isn’t coming from the building nor is it a coincidence.

No one’s behind me.

Holding my breath, I wait for something to pounce at me from either side.

Shaken and confused, I face front.

To make my murder easier on him? His jeans, tee, and biker boots show he’s dressed for manual labor… like digging a grave.

Instinctively, I reach for my gun, which isn’t there. This mall doesn’t want their security guards involved in shootouts even if they’re cops. Standing down is their preference. My only weapon is my phone.

I pull it out and back away.

He follows. “If you plan to call 911, that’s not a wise choice. Remember, the cops in this area are on Dimitri’s side not yours.”

Just like him. Together, they could easily subdue me. Once I’m cuffed or hogtied, transporting me to another location for the final kill would take zero effort.

I shove the phone back in my pocket but keep retreating.

He matches my every step. “Lia, come with me, please. If you don’t want to go into WITSEC, I can take you somewhere safe.”

He may be bigger and have a gun but I know this place. He doesn’t.

Using that to my advantage, I back toward the escalators. They’re turned off but still lead away from him.

His gaze jumps from me to them. “There’s no need to run. I can protect you.”

Junk jewelry displays crowd the area a few feet from the escalators. No one bothers to put that stuff away. Thieves wouldn’t bother with it.

Adrian does, too. “Please say you’re coming with me. I’m begging you.”

I’d rather he was shrieking in agony from a bullet to his dick or gut, but keep that venom from my voice. “We can talk. That’s it. I’m not promising anything. Got it?”

“Sure.” He gestures behind himself. “Let’s go outside to my car or yours. Whatever you’re comfortable with.”

I won’t relax until he’s dead. “I have to close up first. There’s a door upstairs I need to lock.” I point to the upper floor.

I feign indecision then nod. “Fine.” Alert and impatient, I wait for him to step closer.

When he’s no more than a foot away but still coming, I push the junk jewelry display in his path.

Unable to stop, he trips over it.

I lift the next display and bring it down hard on his back.

His breath whooshes out. He falls face forward… directly in my path to the mall entrance.

Before I can get around him, he’s pushing to his knees.

Shit. I race up the escalator to leave from the exit I mentioned.

He’s steps below me, murder in his eyes, his gun drawn. “You’re going to fucking stop,” he says, “and you’re going to do it now.”

Tina’s an Amazon and international bestselling novelist who writes passionate romance for every taste – ‘heat with heart’ – for traditional publishers and indie. Booklist, Publisher’s Weekly, Romantic Times and numerous online sites have praised her work. She’s won Readers’ Choice Awards, was named a finalist in the EPIC competition, received a Book of the Year award, The Golden Nib Award, awards of merit in the RWA Holt Medallion competitions, and second place in the NEC RWA contests. She’s featured in the Novel & Short Story Writer’s Market. Before penning romances, she worked at a major Hollywood production company in Story Direction.

On a less serious note: she’s an admitted and unrepentant chocoholic, brakes for Mexican restaurants, and has been known to moan like Meg Ryan in When Harry Met Sally while wolfing down tostadas. She’s flown a single-engine airplane (freaking scary), rewired an old house using an ‘electricity for dummies’ book, and is horribly shy despite the hot romances she writes. 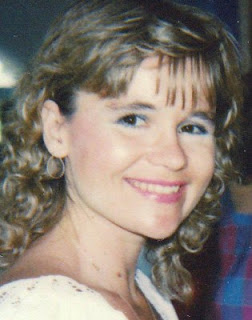 Posted by Kelley Heckart at 2:00 AM No comments: