On July 15, 2014 we lost our older male dog. This isn’t the first dog we’ve lost and won’t be the last, but it’s never easy to lose a pet. I don’t understand how these creatures worm their way into our hearts. I mean, they are only animals, right? They aren’t human. And I think that is the answer—they are not human. They give us what a human cannot—unconditional love and constant companionship. So we love them differently and we mourn them differently. I always worry that I didn’t do the right thing for them. They can’t tell me what hurts them or what they want, so I have to guess. This time I think I guessed it right. This gives me some comfort, but losing a pet that is a constant in your life is heartbreaking, no matter how you lose them.
Hercules wasn’t like any other dog. He was a chi-weenie, so he was part dachshund—a hound. Hound dogs lead with their nose and prefer to be out sniffing things. Herc didn’t care if he pleased his masters. He did his own thing. So when he was always at my side, I knew he was there because he wanted to be there. We tried a training technique on him once. The idea behind this technique was that dogs don’t like to be shunned by the pack, so they won’t repeat whatever they did to get them shunned. This technique worked great on our other, people-pleasing, dog, but not on Herc. When it came time for him to be let outside and shunned for 15 minutes, he didn’t care. He just went about exploring the yard with his hound nose. And that made me love him more.
In the end he lived up to his sturdy name, fighting for his life as long as he could, and then I told him it was okay to stop fighting. Farewell, my sweet boy, I sure hope we meet again.
RIP Hercules
1998-2014

A few of his many nicknames throughout the years: Monkey Butt, Stinky Man, Peanut, Mouse, Mr. Grumpy Jeans, The Badger, Old Man.

One of the first pics I took of him as a puppy. 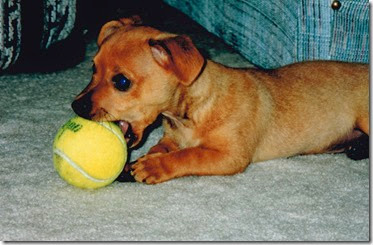 He always thought he was a bigger dog. 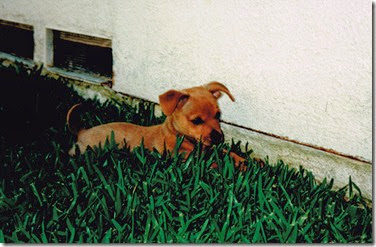 Hunting in the grass in CA. 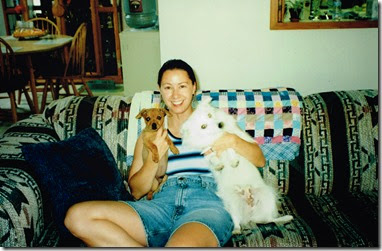 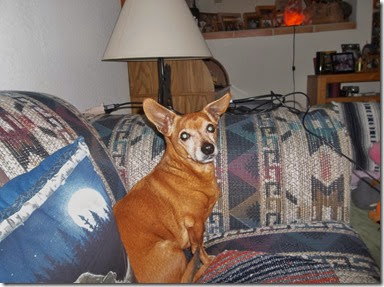 Can you believe he was red-flagged at the vet? LOL

This is one of my favorite pics of him playing with his sister. Devil Dog!

Even as an old man he still had some fire.

His favorite place was on my bed right next to me.

Hanging out with Loki.