Artemis the the Greek goddess of the hunt, wild animals, childbirth, and virginity. She refused to wed any of Zeus’s brothers, which is one of reasons I like her so much—she was fiercely independent. She is often depicted as a huntress carrying a bow and arrows. Another think I like since I have taken up archery. Her Roman equivalent is Diana. Originally, she was a pre-Greek deity, a great goddess. Here the information I have on this goddess on my website, my Pre-Hellenic goddess page:

ARTEMIS: She is the Goddess of untamed nature. Central to her worship are ecstatic dances and the
sacred bough, probably derived from ancient moon tree worship, the source of immortality, secret
knowledge and inspiration. Artemis assists females of all species in childbirth and gave the name artemisia
to the medicinal herb now called mugwort, which is used to encourage delivery. She was worshipped
throughout Greece, but was most popular in Arcadia where she lived in the wild forests and was the most
virginal of the Goddesses. Another important site for her worship was Ephesus in Anatolia where her
qualities of Mother Goddess were emphasized. Two early forms of Artemis were Britomaris of eastern
Crete and Diktynna of western Crete. In Olympian myths Artemis is Apollo’s sister and she takes on the
role of patron of hunters. 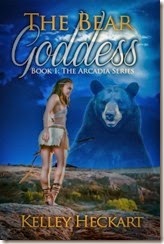