Book Blurb: They set sail from Norway, two swift-moving longships and their handpicked crews, following the route navigated by the legendary Leif Ericson. But for young shipmaster Nils Thorsson and his fellow Norsemen the real journey begins when they push on into the uncharted continent of Vinland.
There the explorers revel in the chance to penetrate a virgin land -until they trespass on the grounds of a primitive people who have seen enough of the light-hairs' cruelty to believe they are too dangerous to ignore. In one swift dawn raid, they deal with the invaders by letting go a swarm of fiery arrows Only three men from the sailing party escape: the intrepid Nils Thorsson, the hardened seaman Svenson, and an enigmatic native guide called Odin. Now. stranded in the wilderness with their one-eyed guide, Thomson and Svenson know that to survive they must master the ways of war, of the hunt -- and of a proud and fearless people.

This book is based on the mysterious runes found Heavener, Oklahoma. The author creates a plausible story about how those runes may have got there. Highly recommended if you like historical fiction and Vikings. 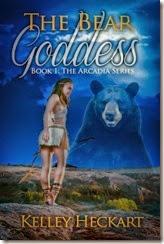